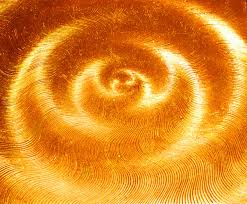 On a summer day in 1985, as the heated rays from the sun beamed down on three young Bruthaz from Chicago, absorb in a cipher. Standing on Dee’s porch debating religious scriptures and the concept of God. Brutha Fleat who was a student at a Catholic Seminary High School was informing them that he was suspended for telling the priests that they were teaching incorrectly. Brutha Bam who was a Baptist, believe that the bible was all Truth and all fact. They agreed to disagree!

Five years later, Brutha Bam was a student at Moody Bible Institute eventually started performing on CANTV as a religious preacher-in-training. Brutha Fleat was informed by his grandmother of Brutha Bam’s excellent delivery, although they never discussed his accomplishments.

Brutha Fleat and Brutha Bam routinely played Spiritual LeapFrog, in which one would learn and share; meanwhile, the other would research and return with additional information as they jumped forward over each other looking toward Spiritual Completion. Thirsting for sound answers they embodied the quote:

As iron sharpens iron, so a friend sharpens a friend.

Facts and the hunt for Truth brings forth a painful mental sensation since working inside and out of religious rhetoric with a driven PHIRE, the Bruthaz recognize that lies begat lies. Our emotions invited rage because the unveiling of falsehood charges an almost distrustful perspective of God because of unsanctioned men playing as gods. Both Bruthaz were furious and began to crush the hypocritical men within the religious hierarchy of every nation.

Further research leading them toward books that predate the bible consisting of a series of answers which appeared to soothe their inquisitive Soulz, but to no real avail. Nonetheless, they filter through inconsistencies, although their reference book (bible) intent was their first/kindergarten-like instructional platform. Who is qualified to be an investigator of who God is or whether God is real? RRB? Churches across the seas manipulate the masses’ reality, twisting our decision-making ability with corrupted ideals and values, whereas we are left with obscure words. Persuasive orators full of self-interest love to sell God on Sunday by way of a silver platter issued by servants.

Religious leader’s opinions and persuasion rituals leap more or less from falsehood to sad contradiction. They induce sleeping over researching their words. Moreover, Really Real Bruthaz LeapFrog away from the custom of cads who perpetrate the fraud. Our knowledgeable aptitude combats the faithful believers in this world–knowing women and men whose PHIRE faints in monetary offerings while being conditioned too reasonable. Agonizing religious victims no longer. This obligates us to expose workers of manmade gods’ persistence on deceiving the masses. RRB Spiritual Heart, which the CREATOR OF ALL CREATIONS affords a protective covering for All Interconnected Soulz, who arise from the dung of men and women babbling with forked silver tongues.

Like Loading…
← CHICAGO MAYOR BLAMES BLACK PEOPLE FOR GUN VIOLENCE
→ WHO WAS IN THE LAND OF NOD?